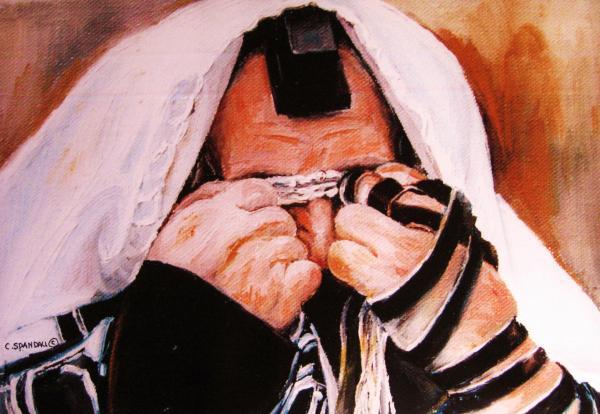 The other night Grace and I hosted another â€œAcquainted With Griefâ€ evening.  One of the purposes of the evening was to create space for laments.  Life is often difficult, painful and disorienting.  Some event occurs and we lose something and as a result we experience pain and disorientation.  We tend to think of loss as a result of bad stuff, such as death.  Yet, ironically, loss can also come from good events.  A child grows up, becomes independent and moves away from home often creating a felling of loss for the parents even though it is good and right for the child to be leaving.

We need to give voice to our losses.  We need to have an opportunity to lament.  The psalmists recognized the importance of the lament.  Laments in the Psalms outnumber any other type of song.  There is the book of Lamentations in the Bible which is devoted to lament.  Much of the book of Job is a recording of Jobâ€™s laments.

As part of North American culture, both secular and Christian, we want to focus on the positive and so often avoid the discomfort of the lament, yet, by doing so we miss out on the spiritual and emotional significance of lament.  I donâ€™t understand how the spiritual side of lament works, yet at the end of an evening of hearing people speak out their losses, pain, anger and frustration the joy and relief that they have after is surprising.  Who would have thought that an evening of hearing negative stuff would be so positive.

One thing that the Bible and the two Acquainted With Grief evenings demonstrate is that it is important that laments be done in community and not just as part of personal devotions.

The books of Psalms, Lamentations and Job would have been read in the synagogues, a public voicing of the lament.  As well, Jobâ€™s laments are spoken to his friends.  This illustrates that laments are as much a personal as public part of our religious life.

One thing to learn from Jobâ€™s friends is that it is important to listen and this is often difficult.  While Jobâ€™s friends did listen they also they also could not stay quiet.  Laments are not meant to be argued with or judged.  They are raw and honest expressions of what people are feeling.

A second lesson that we can learn from Job is that God does not have a problem with people expressing anger and frustration towards him.  What we also see in Jobâ€™s case is that often in times of loss and the pain it seems that God is silent.   Perhaps God is silent so that he can listen to our laments.

May 31
Jesus the Vision Part II