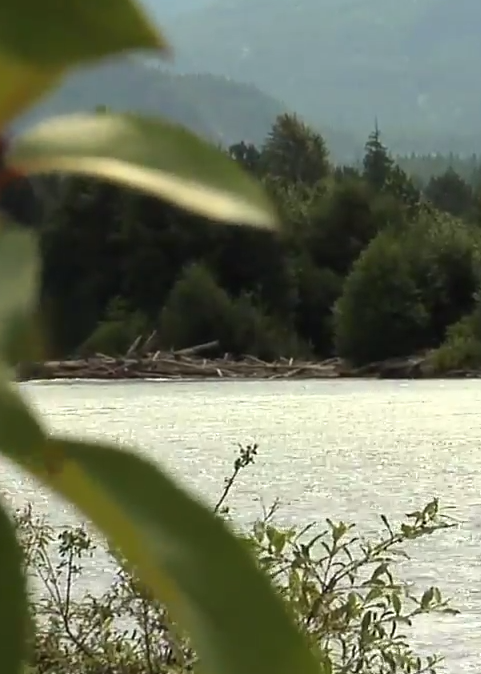 This journey for us began in the fall of 2003 on the banks of the Squamish River. A small group of people passionate about Jesus asked us if we would consider planting a church in Squamish. After a number of years we could no longer ignore the re-occuring theme. So we decided to set time aside to pray and listen to what God's Spirit might be saying to us as it concerned Squamish. One of the first things I began to do while I was on staff at North Shore Alliance Church in North Vancouver, was that I would periodically drive up to Squamish to simply be still, listen and pray. I would grab a coffee at Bean Brackendale and walk the banks of the Squamish River. Very quickly I began to see a pattern. Every time I showed up along the Squamish River, it was as if Jesus was there waiting for me. I know that might sound weird to some of you; a bit mystical. No doubt, but that's the best way to describe it. Every time I showed up, I seemed to have these personal encounters with God's Spirit. These steps of obedience seemed to open up a flood-gate of confirmations that God was calling us to move to Squamish in order to start a new church along with our 9-10 friends from Brackendale.

Beginning this journey with 10 people meeting in a home, we had every intention of following the 'church planting protocol' which told us we could do big church once our core reached 45 people. This seemed to be a sensible pathway. So once our house church gatherings grew to the point where we could 'go public', we began to move ahead as expected. Only every time we tried to move ahead, we felt the Holy Spirit call us to stop and listen to Him. As we waited on Him in the early days we felt the Holy Spirit give us the courage to step out of the normal and predictable as it concerned church, and trust Him to lead the way rather than trust some model. So as one simple church grew beyond the four walls of a home, we expanded to another. And over time we began to see all these streams (Simple Churches) begin to emerge throughout Squamish, all connected and feeding into the main River. But we felt we were not called to follow a strict house church model either, for we believed it was still important for the simple churches to gather together for corporate worship, communion and teaching. So we decided upon a three week rotation where every three weeks Simple Churches would gather for a City Wide Gathering. And the following two weeks the people would gather in Simple Churches. Since then we have decided to meet in a large gathering twice a month instead of every three weeks, but the model stays the same. It was only after we decided upon this spiritual rhythm that God began to flood us with all kinds of confirmations. It was then we discovered that others had decided upon the very model, before we even discovered there was a model called "Simple Church".

As Cole says in Organic Church, "Unless the church lowers the bar of how church is done and raises the bar of what it means to be a 'disciple', it cannot truly become what God intends for His church. Maybe that's why the early church gathered primarily in small pockets for worship, mutual encouragement, edification, and mission. They did this for 300 years! these Simple Groups acted as mission stations where people got catapulted out, contagious with the message of Jesus. We see in the book of Acts that people would gather together to share a meal, pray, listen to the spoken Word, share resources with those in need, bless one another and hear God's heart for the world. We also see evidence that people met in groups of 2-3 for mutual encouragement and prayer. This is the kind of people we desire to be, living our faith out in the context of the small and simple."

Over the 16 years The River has been in existence, we have seen the River shift and move and adjust with the changing seasons, so even though we no longer call ourselves a Hybrid Simple Model, we still feel the Holy Spirit has called us to be a community of believers who simply want to be like Him...to be a people who live by faith, who are known by love and are a voice of hope in the community.